Lou is a Chartered Financial Analyst (CFA®) and received an MBA from The University of Chicago. He has extensive experience managing money, including managing a top performing mutual fund, and providing wealth advisory services. He has consulted with individuals and families, as well as corporate pension and 401(k) plans. Lou has been named a multi-year recipient of the Five Star Wealth Manager ℠ award as announced in Boston magazine.

Lou was a member of Fidelity Institutional Wealth Services’ Advisor Council, as well as Putnam Investments’ Advisory Council, both comprised of a select group of advisors who provide feedback to these leading companies on their current and contemplated products and services. From 2007 – 2009, Lou served as Boston Chapter President of the American Association of Individual Investors (AAII), a nonprofit organization devoted to the education of investors. He now serves AAII as a member of its national speakers bureau and is a past moderator of the Boston Chapter’s Mutual Fund Special Interest Group.

Lou frequently speaks to professional and community groups and has taught financial planning courses in Salem State University's Community Enrichment Program. He has had investment articles published, has appeared on television, and has been quoted in TheStreet.com.

Lou currently serves on the Finance Committee for the Town of Ayer, MA, where he resides. Between 2014 and 2020, Lou was a member of the Board of Directors for Minuteman Senior Services, Inc., a nonprofit organization based in Bedford, MA, that is dedicated to assisting seniors and people with disabilities live in the setting of their choice. He also served on its Executive and Finance Committees, as well as acted as the Treasurer.  From 1997 – 2009, Lou was on the Board of Directors for Cooperative Elder Services, a nonprofit daycare program for seniors.  He was also the Treasurer and served on the Finance Committee. 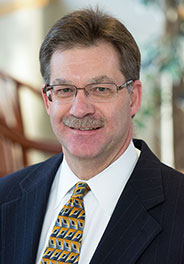 Community Activities
Past and Present